Pundits are already speculating about the post-coronavirus culture and economy. Among the lasting, potential changes are more diversified supply chains, the mainstreaming of online education, more companies embracing work from home, stricter hygiene rules for restaurants and hotels (that survive) and other public places. And beyond all that, a great deal more online shopping.

Seismic shopping shift in the works?

Unlike any other single event in our lives perhaps, the coronavirus and related economic fallout have the potential to massively shift U.S. consumer buying patterns. For the several years before the virus, we were seeing store closures and retail bankruptcies — the so-called retail apocalypse. That will be exacerbated and accelerated by the coronavirus and impending recession.

Most major retailers (other than those selling “essentials”) are now “temporarily” closing their stores. In addition, the Simon Property Group, the largest owner and operator of shopping malls in the U.S., said that it would close all its malls and outlets through the end of the month. Walmart, Costco and Target, among a handful of others, will remain open because they sell groceries and other essential items.

The physical world is giving way to the virtual world for perhaps the foreseeable future. Yet online shopping cannot entirely pick up the slack from offline stores. Grocery deliveries from stores like Whole Foods are subject to incomplete inventory and uneven delivery. Amazon has run out of some popular items and household staples (e.g., toilet paper – although you may find it on the site, it’s not available when you check out).

E-commerce sales are up across many categories, in some cases by triple digits, though sales are down in others (i.e., travel). And although complete data aren’t yet available, Amazon is likely the primary beneficiary of much of the online buying frenzy. As evidence, the company said this week that it would be hiring 100,000 full and part-time employees in its fulfillment centers and delivery network “to meet the surge in demand from people relying on Amazon’s service during this stressful time.”

A quick look at Google Trends reveals that searches connected with Amazon, Walmart and Target have surged as people seek to determine if stores are open and how delivery and shipping are being impacted by the virus. Yet unlike Amazon itself, third party sellers on the platform are going to suffer as the company prioritizes essential products (i.e., household staples and medical supplies) over non-essential items (read: everything else).

Many retailers won’t survive the corona-recession

Walmart, Target, Costco and a few other traditional, big box retailers will weather the corona-recession and in some cases may generate greater revenues than normal during this period. This is also true for many grocery retailers. Discounters will also continue to survive and many specialty retailers and those catering to affluent customers will probably make it. But many of the familiar department store brands and those focused on the middle tier of shoppers will suffer and could collapse, with their stores closed and in the face of slowed or non-existent consumer spending in some cases.

According to early 2019 eMarketer estimates, Amazon was projected to capture about 47% of all U.S. e-commerce spending last year, with Walmart coming in at 4.6%. The data aggregator later reduced its Amazon market share estimate by 9 points to roughly 38%.

But whatever the actual market share enjoyed by Amazon there’s almost no question that it’s going up now and for the foreseeable future. Amazon’s e-commerce competitors include Walmart.com and Google Shopping. But its real competitors are offline retailers, at least some of whom will be hobbled or fail over the next 12 months.

That will mean more traffic, sales and market share for Seattle-based online retailer, which in turn will mean more ad revenue over time as its audience and loyal Prime subscribers continue to grow. That will elevate and solidify its position in the online advertising triopoly, with Google and Facebook as the other two major players. Arguably, Amazon is an even more formidable ad competitor to Google than Facebook because of product search.

Like the U.S. dollar for investors, Amazon is a beacon of stability for online shoppers. Indeed, it’s tough to dispute — if we had to point online one major beneficiary in the midst of this crisis and the now precarious retail economy — it would be Amazon. The company is likely to emerge from a post-COVID recession much stronger than most of its peers and competitors. 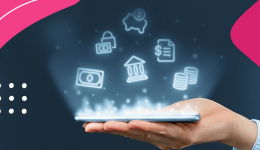 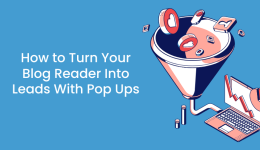 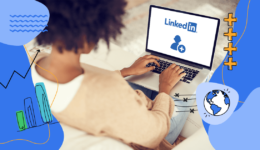 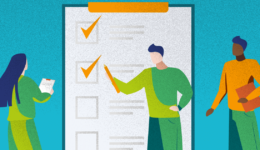 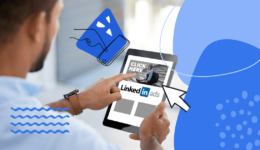 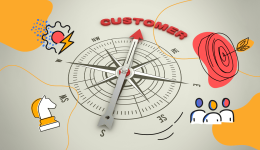