If you’re in the market for a fully-featured iPhone image editor, look no further than Pixelmator Photo which brings rich adjustments and AI features to the palm of your hand. 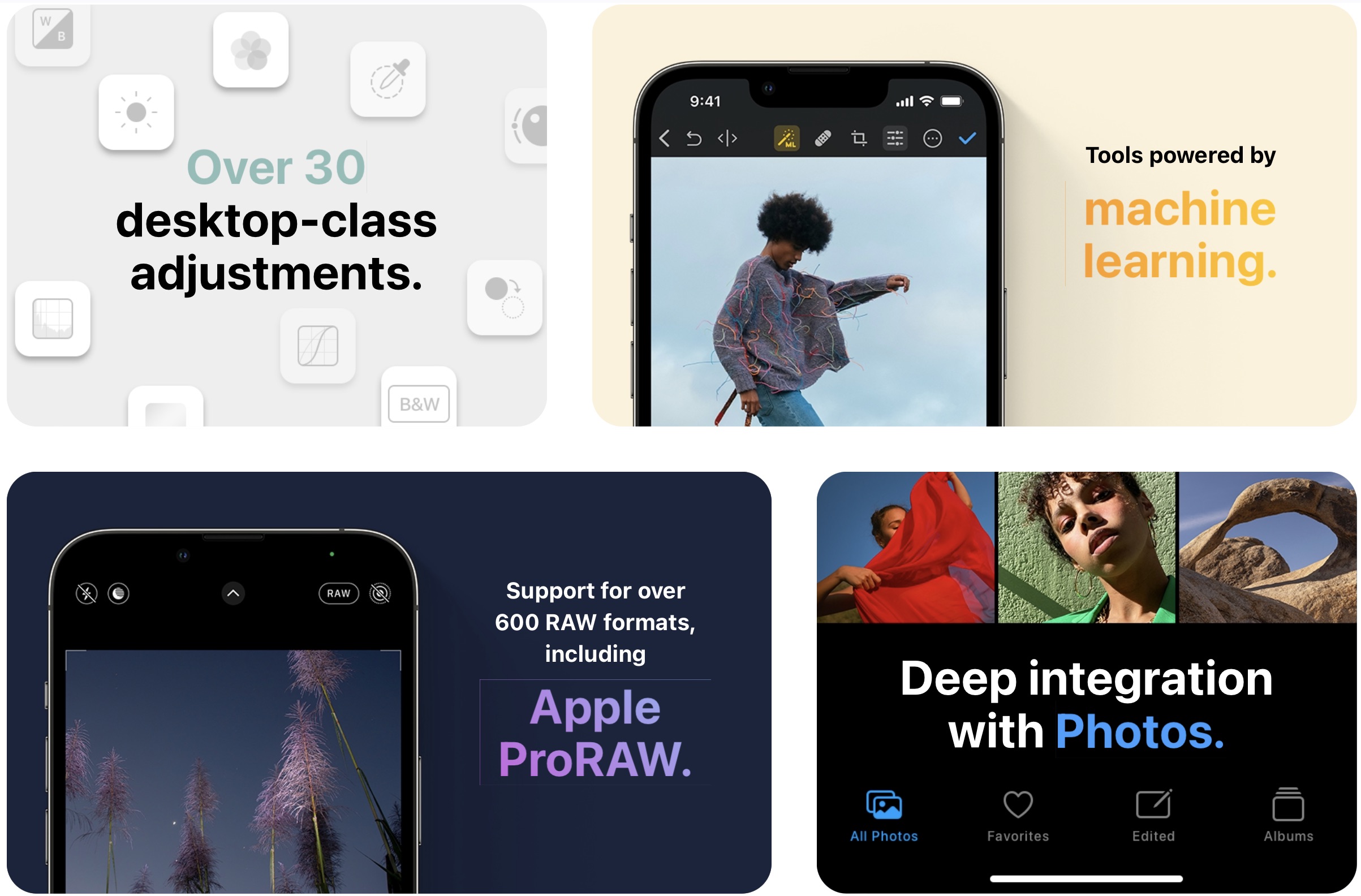 Previously an iPhone-only app, Pixelmator Photo has now expanded to the Apple smartphone as well. This lets you snap a photograph with your iPhone and then edit it to your liking using the powerful features in Pixelmator Photo. The app integrates with your Photos library, letting you easily import any photo from the Photos app.

When you edit photos, changes sync with the Photos app automatically, your edits are nondestructively preserved by Pixelmator Photo, and everything just works. And specially for iPhone, we’ve added a new, filmstrip-style editor that makes opening photos for editing simpler and easier than ever.

An in-app browser lets you import images from sources like USB sticks via the Files app.

“From the very first day we released Pixelmator Photo on iPad, we’ve dreamed about having this editor on our iPhones and we’re beyond excited to announce that it’s finally here,” reads an announcement on the Pixelmator Photo blog.

The app, written by Lithuanian brothers Saulius and Aidas Dailide, brings more than 30 desktop-class color adjustments that were originally designed for Pixelmator Pro. You also get a bunch of presets inspired by film photography, the ability to batch edit entire photoshoots, smart artificial intelligence tools including machine learning-powered Crop, Denoise and Super Resolution features, plus much, much more.

Pixelmator Photo is not available on the macOS platform.

Best of all, the app natively supports RAW photos from over 600 cameras, as well as the Apple ProRAW format, and lets you edit them with ease. And lastly, let’s not forget about the app’s famed repair feature which developers say is the only fully-fledged object removal tool that works non-destructively with RAW shots.

Don’t confuse Pixelmator Photo (designed for effortless image enhancements) with Pixelmator and Pixelmator Pro, which are powerful graphic editors for the Mac platform.

If you already purchased the iPad edition of the app, you’ll get the new iPhone version for free as part of the Pixelmator Photo for iOS download.

Download Pixelmator Photo for iOS from App Store for $3.99.